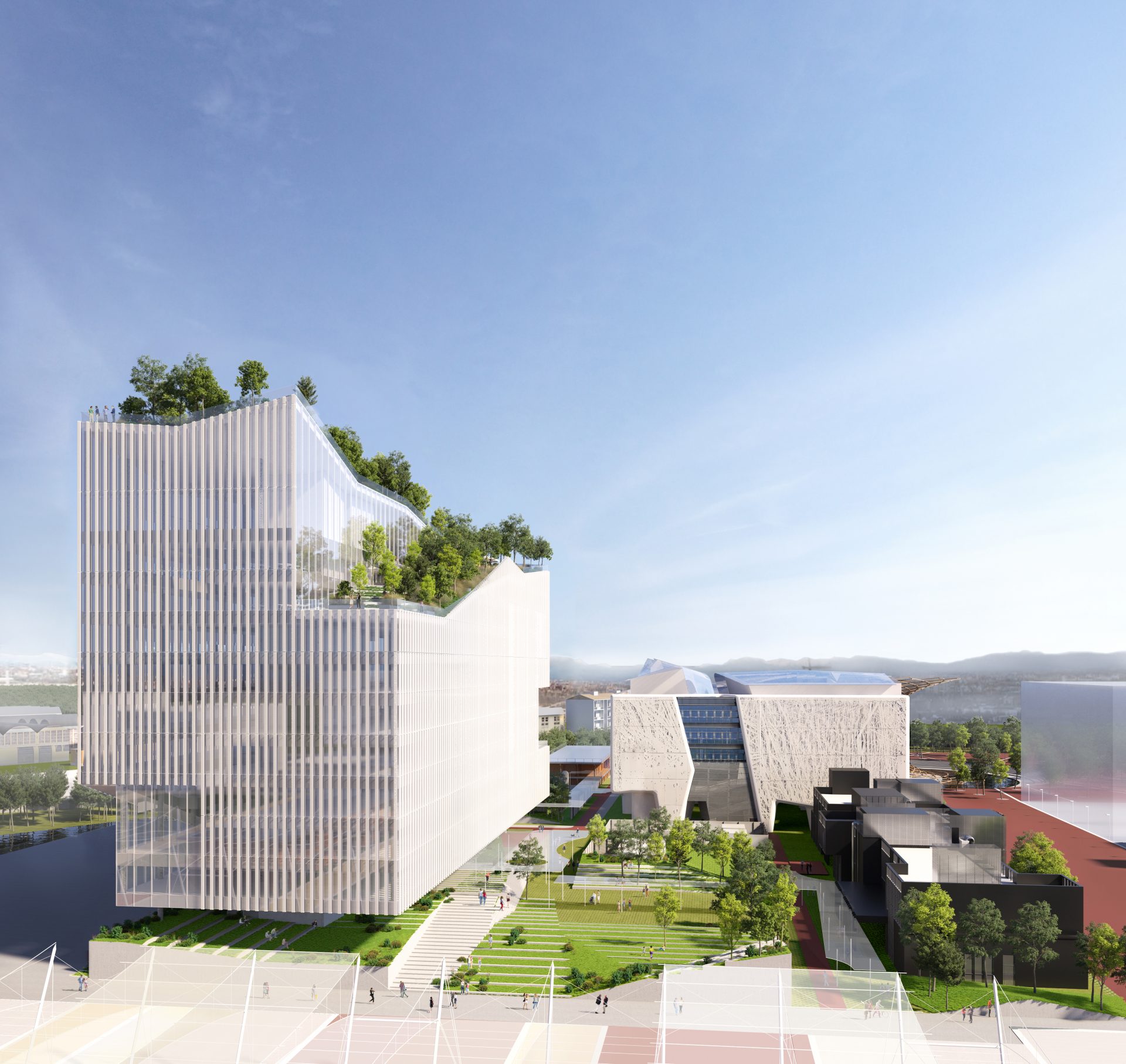 Ten floors high, over 16.500 square meters exclusively dedicated to research laboratories and 3.000 square meters of terraces and green areas: a snapshot of the project for the new Human Technopole building, Italy’s research institute for life sciences based at the heart of MIND Milano Innovation District.

The building which aims to be modern as well as welcoming, will be the main headquarters of scientific laboratories and the centre of Human Technopole’s campus.

The name of the designer who won the international competition for the design of the building and the campus was announced today by Human Technopole Foundation and Arexpo: the winner is Piuarch, a firm based in Milan which has contributed to many major redevelopment projects in the city, including the Mecenate District and the area of Porta Nuova.

An investment of up to 94.5 million euros is planned for the construction of the new building.

The Human Technopole Campus includes three existing buildings, Palazzo Italia the iconic Milan EXPO 2015 pavilion, a North Pavilion and a South Pavilion and will cover an overall area of over 11.000 square meters. The project describes how the different buildings will be interconnected as well as how connections with external areas will be developed.

The new building will rise within the area of the campus and is expected to be built in 1.100 consecutive days, equivalent to about three years. It will have an overall surface of 35.000 square meters and at its highest point will be 61 meters high. It will host biochemistry and molecular biology laboratories, cutting edge scientific technology including light microscopy, space for an extension of HT’s Cryo-EM facility as well as 800 workstations for researchers. In addition, large common areas, meeting rooms and classrooms for events and trainings will be available.

In the framework of the international design competition, Human Technopole commissioned the design services delegating Arexpo to act as contracting authority.

President of the Human Technopole Foundation Marco Simoni underlined: “During these difficult weeks we are all called to do our duty. For some this means working at the frontline of the emergency, for others it means staying home. We have learned how important it is to provide scientists and researchers with the tools to carry out their work in the best possible way, including by working remotely. For this reason, today we try to look to the future. HT’s new building represents a fundamental investment for the health and well-being of citizens and a concrete way of strengthening the Italian scientific community and preparing it for future challenges”.

The Director of Human Technopole Iain Mattaj added: “The spirit of HT is already visible in the approach we have currently adopted to tackle the global healthcare crisis: facilitate the sharing of data and collaboration among institutes. The new building will represent the heart of HT’s scientific activity. This is where the next generation of researchers will be trained. It will be the main headquarters of our laboratories where scientists with different expertise and skill sets will work together. It will host cutting-edge technologies and facilities which will be shared with the entire scientific community to promote joint research projects and collaborations with European and international institutions”.

Arexpo President Giovanni Azzone stated: “Research and innovation are the basis of our future, today more than ever we are aware of this. Human Technopole’s new building for researchers will represent an excellence for research right at the heart of MIND, the new ecosystem for innovation which we are building in the Arexpo area. Cutting edge laboratories and technologies merge with beauty and functionality for a place which is due to become an example and a point of reference for the international community”.

Piuarch, the winning firm for the competition, commented: “At a time like this, we are proud to contribute to the creation of a new building for scientific research and human well-being. Today these topics require our highest level of attention and commitment. People are at the heart of our project, recipients and protagonists of a place aimed at facilitating dialogue and the sharing of knowledge, a space which we consider fundamental for the rebirth of Milan. The new Human Technopole building was designed primarily as a meeting place, thanks to an architecture capable of interconnecting public and research functions. From this continuous spatial sequence, a fluid and highly iconic, functional and adaptable, sustainable and avant-garde landscape arises”.

Design of the new building and the Human Technopole Campus

The Campus area is designed to maintain continuity with the surrounding spaces, the Decumano and the Cardo, as well as preserving the visual relationship with Palazzo Italia, becoming an integral part of the public space.

The new building will be made up of two functional and flexible volumes that will develop around the Common Ground, a focal point from which the entire building is generated, a central space that will be the heart of the building for its positioning and function. It will be the centre of activities, surrounded by laboratories and offices positioned across two different functional and flexible volumes, characterised by a ground floor partly open and partly glazed. Starting from the ground, the common space will wind its way between the ten floors, creating an interconnected unicum that reaches the roof, creating new spaces for gathering and relaxing.

Floors one to nine will be dedicated to hosting laboratories and administrative offices, while the top floor will host dining areas, classrooms for training activities, boardrooms, executive offices and terraces with direct access to the green area. The latter represents the most iconic element of the new building, made up of asymmetric pitches and a sequence of green terraces facing south with a view towards the city of Milan. The roofing system also allows proper water control and contributes to the production of renewable energy in line with the green design approach pursued thanks to the photovoltaic system and the green roof itself.

The call for the realisation of the project was an international competition published on the Arexpo website and on the online platform Concorrimi.it. The tender foresaw two consecutive phases: during the first phase an anonymous procedure was carried out to identify the seven best proposals, which then entered the following phase. In the second part of the selection process, which was still carried out anonymously, the winner was identified. 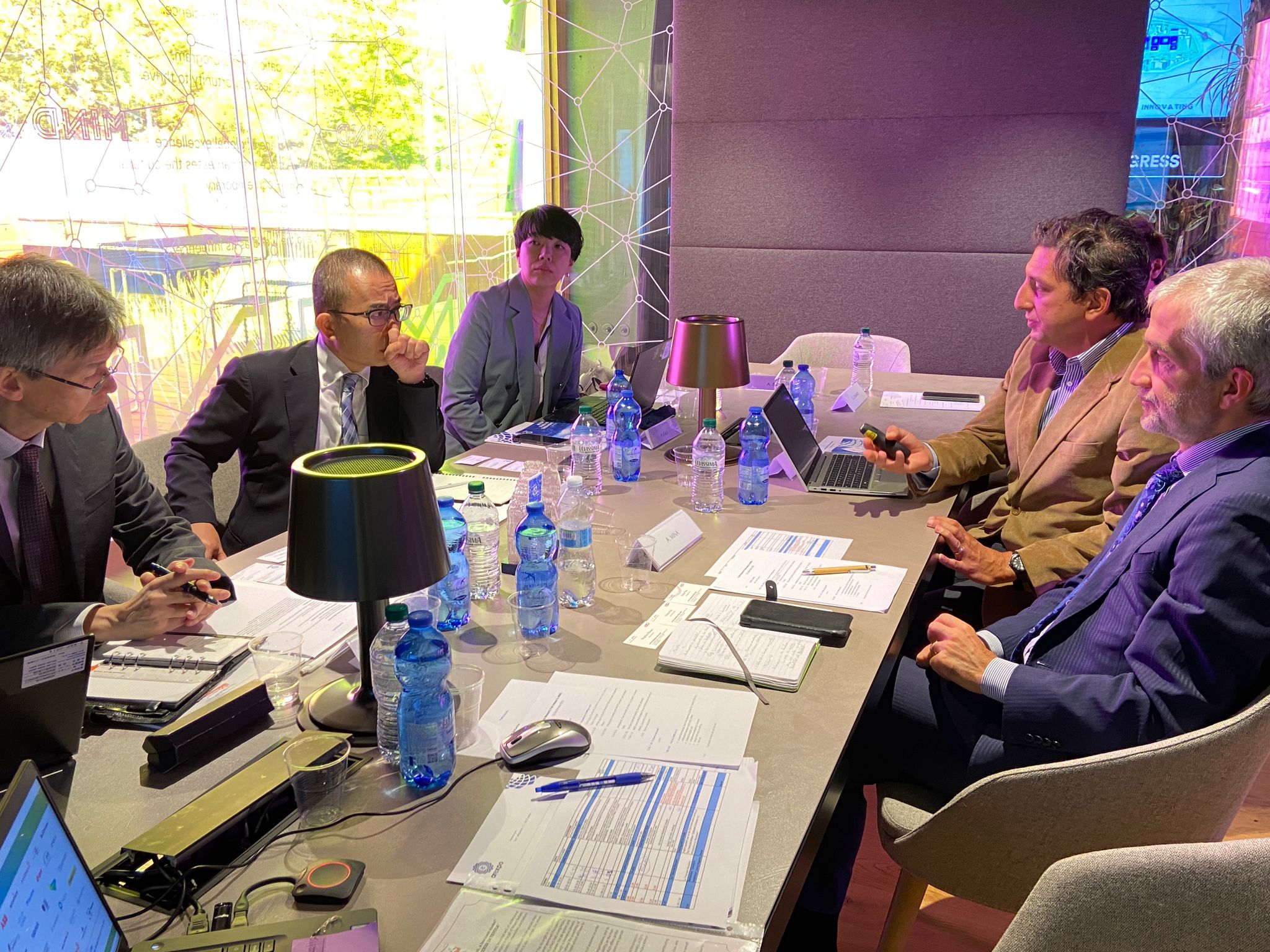 MIND strengthens its network in Asia